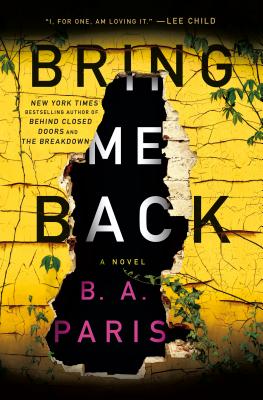 
Praise For Bring Me Back: A Novel…


Praise for Behind Closed Doors:


“Hair-raising...Behind Closed Doors is both unsettling and addictive, as I raced through the pages to find out Grace’s fate. A chilling thriller that will keep you reading long into the night.” —Mary Kubica, New York Times and USA Today bestselling author of The Good Girl