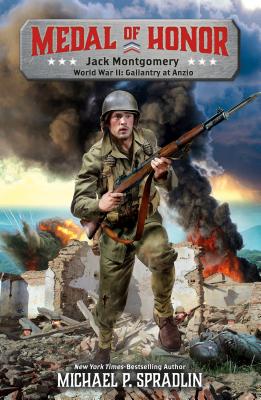 Jack C. Montgomery was a Cherokee from Oklahoma, and a first lieutenant with the 45th Infantry Division Thunderbirds. On February 22, 1944, near Padiglione, Italy, Montgomery's rifle platoon was under fire by three echelons of enemy forces when he single-handedly attacked all three positions, neutralizing the German machine-gunners and taking numerous prisoners in the process. Montgomery's actions demoralized the enemy and saved the lives of many American soldiers.

The Medal of Honor series profiles the courage and accomplishments of recipients of the highest and most prestigious personal military decoration, awarded to recognize U.S. military service members who have distinguished themselves through extraordinary acts of valor.

“It is hopeful that his book will inspire young readers to learn more about America’s many silent heroes. . . making this what is a starting point for enjoying history by young readers.” —New York Review of Books