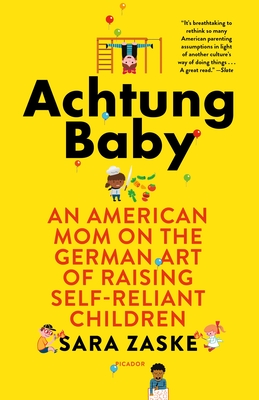 An Entertaining, Enlightening Look at the Art of Raising Self-Reliant, Independent Children Based on One American Mom’s Experiences in Germany

SARA ZASKE is an American writer who lived in Berlin for six and a half years. Her articles on her family's experiences in Germany have appeared on Time.com, in The New York Times, The Wall Street Journal, and Bild am Sontag, Germany's largest Sunday paper. She lives in Idaho with her husband and two children.

Sara is the author of Achtung Baby:An American Mom on the German Art of Raising Self-Reliant Children.