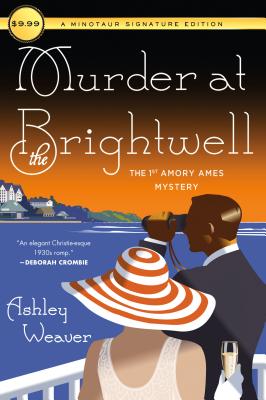 *BONUS CONTENT: This edition of Murder at the Brightwell includes a new introduction from the author and a discussion guide

Also out now in the Amory Ames mysteries: Death Wears a Mask, A Most Novel Revenge, The Essence of Malice, An Act of Villainy, and A Dangerous Engagement

ASHLEY WEAVER is the Technical Services Coordinator at the Allen Parish Libraries in Oberlin, Louisiana. Weaver has worked in libraries since she was 14; she was a page and then a clerk before obtaining her MLIS from Louisiana State University. She is the author of Murder at the Brightwell, Death Wears a Mask, and A Most Novel Revenge. Weaver lives in Oakdale, Louisiana.
Loading...
or support indie stores by buying on
(This book is on backorder)