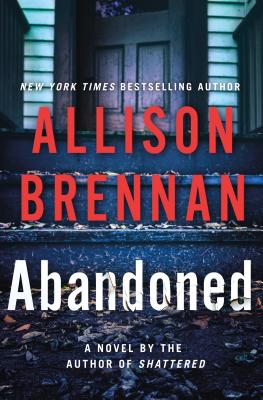 New York Times bestselling author Allison Brennan weaves the intimate, unputdownable story of an investigator confronting the most important--and most dangerous--mystery of her career.

Investigative reporter Max Revere has cracked many cases, but the one investigation she's never attempted is the mystery from her own past. Her mother abandoned her when she was nine, sending her periodic postcards, but never returning to reclaim her daughter. Seven years after the postcards stop coming, Martha Revere is declared legally dead, with no sign of what may have happened to her. Until now.

With a single clue—that her mother’s car disappeared sixteen years ago in a small town on the Chesapeake Bay—Max drops everything to finally seek the truth. As Max investigates, and her mother's story unfolds, she realizes that Martha teamed up with a con man. They traveled the world living off Martha’s trust and money they conned from others.

Though no one claims to know anything about Martha or her disappearance, Max suspects more than one person is lying. When she learns the FBI has an active investigation into the con man, Max knows she’s on the right path. But as Max digs into the dark secrets of this idyllic community, the only thing she might find is the same violent end as her mother.

ALLISON BRENNAN is the New York Times and USA Today bestselling author of over forty novels, including the Lucy Kincaid and Max Revere series. She was nominated for Best Paperback Original Thriller by the International Thriller Writers and is a two-time winner of the Daphne du Maurier Award by Kiss of Death. Married for more than a quarter of a century, Allison and her husband Dan raised five children, and currently live in Arizona where they enjoy baseball's spring training and exploring the Grand Canyon.
Loading...
or
Not Currently Available for Direct Purchase