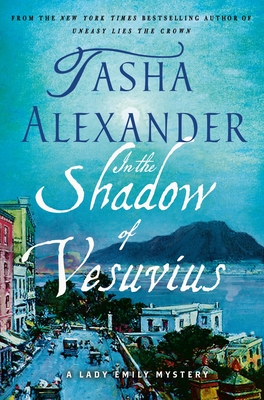 In the Shadow of Vesuvius

Some corpses lie undisturbed longer than others. But when Lady Emily discovers a body hidden in plain sight amongst the ruins of Pompeii, she sets in motion a deadly chain of events that ties her future to the fate of a woman whose story had been lost for nearly two thousand years.

"Tasha Alexander brings both eras to life through meticulous research, and the dual stories come together in a chilling finale. Scenes set among the ruins of Pompeii and in the city pre-disaster have such depth that it feels like we’re walking directly into them...an urbane thriller with a big heart." —Bookpage

"Alexander’s precise attention to historical details invests her series about Lady Emily Hargreaves with an unshakeable background that she expertly weaves into solid plots…[her] skills shine in In the Shadow of Vesuvius…pitch-perfect." —Sun-Sentinel

“[Evokes] the setting’s rich history…lovers of classical culture should be pleased.” —Publishers Weekly

“Readers are in the author’s trustworthy hands, and the working out of the puzzle will delight mystery and history buffs alike.” —Booklist

"Alexander is at the top of her game...(her) impeccable research and smart storytelling keep readers on the edge of their seats...A gripping tale by a grand mistress of the genre."—RT Book Reviews (Top Pick)

Tasha Alexander is the author of the New York Times bestselling Lady Emily mystery series. The daughter of two philosophy professors, she studied English Literature and Medieval History at the University of Notre Dame. She and her husband, novelist Andrew Grant, live on a ranch in southeastern Wyoming.
Loading...
or support indie stores by buying on