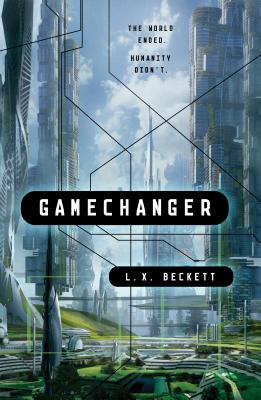 
Praise For Gamechanger (The Bounceback #1)…

"Readers will delight in the nonbinary characters, LBGTQ relationships and identities, and the land acknowledgment statement at the end of the book. Highly recommended.” —Library Journal, Starred Review

Toronto author and editor L. X. Beckett frittered their misbegotten youth working as an actor and theater technician in Southern Alberta, before deciding to make a shift into writing science fiction. Their first novella, “Freezing Rain, a Chance of Falling,” was published in the Magazine of Fantasy and Science Fiction in 2018, and takes place in the same universe as Gamechanger and Dealbreaker. Lex identifies as feminist, lesbian, genderqueer, married, and Slytherin, and can be found on Twitter or at a writing advice blog, the Lexicon.
Loading...
or
Not Currently Available for Direct Purchase