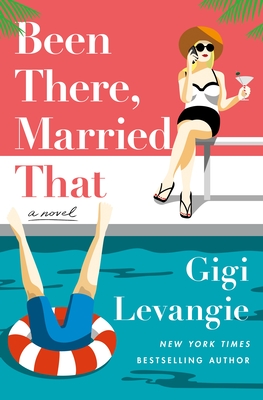 Been There, Married That

In a world where therapists look like the Real Housewives of Equinox, where friends dispense Xanax like Pez, and where a woman’s status is directly linked to the how few carbs she eats…can one Hollywood wife take back her life?

Agnes Murphy Nash is in big trouble. When she returns home one evening only to find the locks changed on the gates of their mansion, the security guard breaks the news: her famous producer husband has filed for divorce. And he’s not going to play fair. Trevor Nash wants custody of their tween daughter, Pep, but only for the sake of appearances. And Agnes can’t let him win.

With the help of her ex-con sister, a Hollywood psychic, a ballsy female lawyer, and a host of friends and “frenemies,” Agnes realizes that when he changes the locks, she needs to change the rules. But a crisis can lead to opportunity, and for Agnes, this gigantic betrayal brings her to a crossroads that will have her asking herself what she really wants out of life, who she really wants to be, and which man she really loves.

Told with Gigi Levangie’s sparkling dialogue and wit, Been There, Married That is a drop-dead hilarious battle of wills that will make you laugh out loud, cringe, and keep turning the pages to see what crazy disaster will happen to Agnes next…and how she’ll rise from the ashes.


Praise For Been There, Married That: A Novel…

Praise for Been There, Married That:

"Rollicking.... Readers looking for a fast, laugh-out-loud romp will find much to enjoy." —Publishers Weekly

“Levangie's entertaining satire is sure to spice up any occasion.”—Publishers Weekly

“Hilariously funny and profoundly wise, The After Wife is for anyone who’s ever been married or widowed, in debt or in love. I could not put it down: a fabulous read!”—Nancy Thayer, author of Island Girls

Gigi Levangie is the author of several novels, including The Starter Wife, which was adapted for an Emmy award-winning miniseries starring Debra Messing, and Maneater, which was adapted for a Lifetime miniseries starring Sarah Chalke. In addition, Levangie wrote the screenplay for the movie Stepmom, starring Julia Roberts and Susan Sarandon. Her articles have appeared in Vogue, Harper’s Bazaar, and Glamour.
Loading...
or support indie stores by buying on