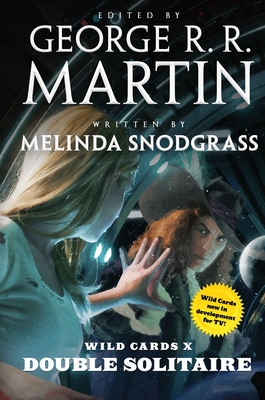 Aboard his grandfather's spaceship and fleeing the violent turmoil between jokers, aces, and nats that his vicious ambition spawned, Blaise is headed for a new conquest: the planet Takis. Dr. Tachyon is left behind... but he's lost more than his only way of returning to his homeworld. Blaise has stolen his body, as well—leaving Tach trapped in the pregnant body of a teenage runaway.

Tachyon must sell his soul to reach Takis—and once there, confront Blaise amidst the political and military machinations of Takisian society. Treachery and treason await him. At stake is nothing less than the destiny of an entire world.

Melinda Snodgrass was a story editor and executive script consultant on Star Trek: The Next Generation. Her acclaimed episode, "The Measure of a Man," was nominated for the Writer's Guild Award for outstanding writing in a drama series. With George R. R. Martin, she cocreated the popular Wild Cards series of shared-world novels and anthologies. She lives in New Mexico.