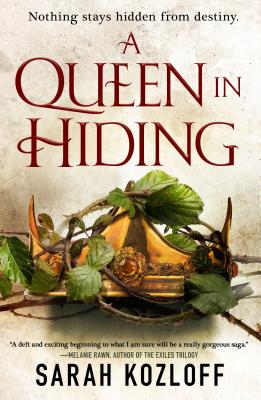 A Queen in Hiding (The Nine Realms #1)


Praise For A Queen in Hiding (The Nine Realms #1)…

Praise for the Nine Realms quartet

“This author has turned epic fantasy into a binge reading experience that's worth our time.”—Fantasy Faction


Praise for A Queen in Hiding

“This is a solid beginning to an ambitious saga of magic, intrigue, and heroism.”—Booklist

“Crisp, action-packed setup that makes you impatient for more.”—Bookbub

Sarah Kozloff holds an Endowed Chair as a professor of film history at Vassar College. She worked in the film industry in both television and film before becoming a professor. A Queen in Hiding is her debut fantasy novel.
Loading...
or support indie stores by buying on