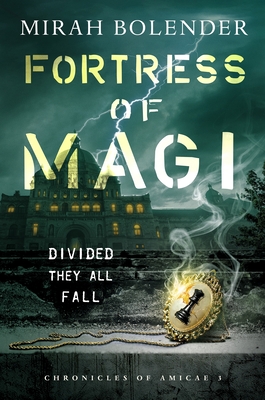 Fortress of Magi (Chronicles of Amicae #3)

The Hive Mind has done the impossible—left its island prison. It's a matter of time before Amicae falls, and Laura Kramer has very few resources left to prevent it.

The council has tied her hands, and the gangs want her dead. Her only real choice is to walk away and leave the city to its fate.


Praise For Fortress of Magi (Chronicles of Amicae #3)…

Praise for Fortress of Magi

“Action—and the threat of extinction of all humanity—escalate to a thrilling and satisfying conclusion to this unusual fantasy trilogy.”—Book Loons