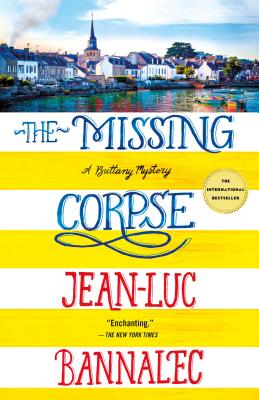 "Roll over Maigret. Commissaire Dupin has arrived." —M.C. Beaton on Death in Brittany

The Missing Corpse is internationally bestselling author, Jean-Luc Bannalec’s fourth novel in the Commissaire Dupin series. It’s picturesque, suspenseful, and the next best thing to a trip to Brittany.

Along the picturesque Belon River, home of the world famous oyster beds, between steep cliffs, ominous forests and the Atlantic Ocean, a stubborn elderly film actress discovers a corpse. By the time Commissaire Dupin arrives at the scene, the body has disappeared. A little while later, he receives a phone call from the mystical hills of Monts d'Arree, where legends of fairies and the devil abound: another unidentified body has turned up. Dupin quickly realizes this may be his most difficult and confounding case yet, with links to celtic myths, a sand theft operation, and mysterious ancient druid cults.

JEAN-LUC BANNALEC is a pseudonym. The author divides his time between Germany and coastal Brittany, France. Death in Brittany, the first case for Commissaire Dupin, was published in German in March 2012 and sold 600,000 copies, spending many months on the bestseller list. It has been sold into 14 countries.

"The usual food obsessions and Parisian fish-out-of-water tropes become more amusing with each installment, making Dupin something of a contemporary provincial Poirot."—Publishers Weekly