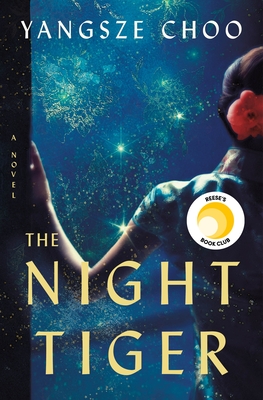 “A sumptuous garden maze of a novel that immerses readers in a complex, vanished world.” —Kirkus (starred review)

As the days tick relentlessly by, a series of unexplained deaths racks the district, along with whispers of men who turn into tigers. Ji Lin and Ren’s increasingly dangerous paths crisscross through lush plantations, hospital storage rooms, and ghostly dreamscapes.

"A work of incredible beauty... Astoundingly captivating and striking... A transcendent story of courage and connection." —Booklist (starred review)

“This is the kind of book that when you read it, you really are transported back to that time and place… [Choo has] captured, in a very atmospheric way, the time period and the superstitions [of colonial Malaysia in the 1930s]. It’s a pretty wonderful book.” —Nancy Pearl, NPR’s Morning Edition

“Richly complex…Gorgeous…Transport[s] us into a colonial world we more often see from the view of the occupier, in this transcendent tale about twins who share no blood, mythology and superstition, sibling rivalry, loyalty, forbidden love and identity.” —San Francisco Chronicle

“A mesmerizing tale of murder, romance, and superstition….So vividly told, you can practically smell the oleander blossoms outside Acton’s house. This Night Tiger is worth a prowl.” —USA Today

“A book for fans of Isabel Allende and for those who love a murder mystery with a beautiful backdrop.” —Glamour

“Fans of Isabel Allende will likely soar through Yangsze Choo’s The Night Tiger at a breakneck pace, so you might want to clear your schedule before sitting down to read it.” —PopSugar

"So engrossing you could spend a day reading this lush historical novel without staring at your phone once... A sweeping novel with something for everyone — and incredible writing." —Refinery29

“A sumptuous garden maze of a novel that immerses readers in a complex, vanished world…Choo weaves her research in with a feather-light touch, and readers will be so caught up in the natural and supernatural intrigue that the serious themes here about colonialism and power dynamics, about gender and class, are absorbed with equal delicacy.” —Kirkus (starred review)

"A work of incredible beauty...Astoundingly captivating and striking in its portrayal of love, betrayal, and death, The Night Tiger is a transcendent story of courage and connection." —Booklist (starred review)

“[Choo] presents complex characters and multilayered stories in a vivid setting that coalesce into a richly evocative and mesmerizing tale in which myths and folklore intertwine in daily life. For fans of Kate Mosse or Isabel Allende.” —Library Journal

“Yangsze Choo’s lush writing will appeal to all kinds of readers.” —HelloGiggles

“…A fascinating and compelling story, deftly told. A story that is interesting both culturally and historically, while also being an intensely personal exploration of two very different people struggling to find their way in a difficult world that has very stringent expectations of them with little or no room for failure. The characters are both recognizable and memorable, and the resolution…will keep readers guessing and turning the pages until the very last one.” —Los Angeles Public Library