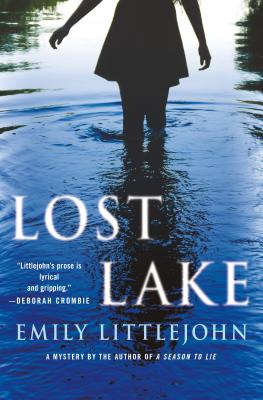 On a bright Saturday in early spring, Detective Gemma Monroe responds to a missing person call at Lost Lake, near the small town of Cedar Valley, Colorado. With its sapphire waters and abundance of wildflowers, the lake is a popular camping destination in the summer. But for now, ice still grips the lake and snow buries the flowers.

When Gemma arrives at the shore, she meets three friends who have been camping there: the fourth of their group, Sari Chesney, has disappeared in the night without a trace. Sari is an assistant curator at the local museum, which is set to host a gala that night—a project she’s worked on for months and would never intentionally miss. As Gemma begins to understand the complex dynamics of the supposedly close-knit friendship group, she realizes that more than one person is lying to her—and that the beautiful, still waters of Lost Lake may hide more terrible secrets . . .

"Readers who enjoy a steadfast cop who also has a caring side will find Littlejohn's latest an inviting read. The mysteries involved, one of which hints at the supernatural, are satisfying and wrapped up in a way that readers won't see coming. Recommend to fans of Louise Penny's Inspector Gamache novels." Booklist

"When four friends go camping at a lake, only three return, igniting a string of mysteries connecting a missing person to a web of crimes...Littlejohn remains adept at the "show, don't tell" narrative style." Kirkus Reviews

"Littlejohn is an excellent writer. A good mystery that few readers will figure out before the last pages." Denver Post

"Emily Littlejohn impresses once again. As in her debut, Inherit the Bones, Littlejohn herds a multitude of professional and personal plot arcs into one neat package without loose ends." Shelf Awareness

"Littlejohn's third entry in her Gemma Monroe series, which gets richer with every book. the case the book revolves around is juicy and complex."—CrimeReads