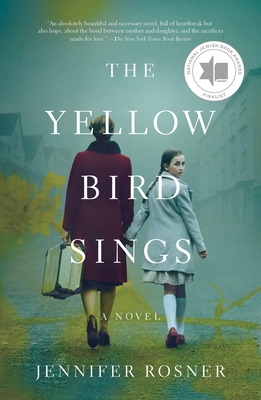 Jennifer Rosner is the author of If A Tree Falls: A Family's Quest to Hear and Be Heard, a memoir about raising her deaf daughters in a hearing, speaking world. Her children's book, The Mitten String, is a Sydney Taylor Book Award Notable. Jennifer's writing has appeared in the New York Times, The Massachusetts Review, The Forward, Good Housekeeping, and elsewhere. She lives in western Massachusetts with her family. The Yellow Bird Sings is her debut novel and is being published around the world.
Loading...
or support indie stores by buying on