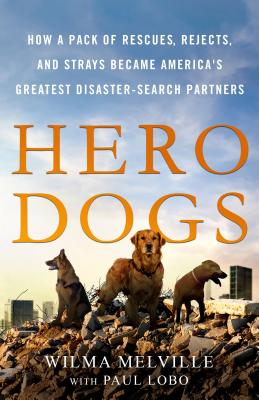 "This book has wit, warmth, and humor but also moments of heartbreak and tears of joy scattered throughout. It is a testament to what a dream can become and how it takes a group of committed people to realize it. Readers will fall in love with the descriptions of the various rescue dogs and delight in the personalities, of both the people and the animals, that jump off the page." —Library Journal

"[An] astonishing story....Melville shares her story in straight-talking prose that evokes the tension and emotion reflective of the high stakes. She is also slyly funny, offering delightfully ironic thoughts on dog humor. When the pilot teams are thrust into the national limelight during their first real-life disaster on 9/11, the results are both triumphant and throat-closing. A fascinating read for animal lovers, thrill-seekers and rescue-hounds alike, Melville's work is proof that some good can rise from the ashes of catastrophe." —Shelf Awareness

WILMA MELVILLE is a retired Physical Education instructor and grandmother of six, Wilma founded the National Disaster Search Dog Foundation (SDF) to address this gap in our nation’s disaster response network. Still active within the Foundation, Wilma serves on the Board of Directors and is involved with the planning of the National Training Center. When time permits, Wilma enjoys piloting her experimental airplane, an RV7A, based at her hangar at Santa Paula Airport.

Paul Lobo has been writing fiction and nonfiction for several years as a software engineer and army veteran. He has been involved with the National Disaster Search Dog Foundation for over a year, and is the coauthor of Hero Dogs.

He currently lives in the San Francisco Bay Area with his wife and two rescued pit bulls.