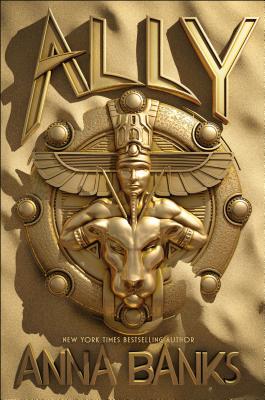 Will her nemesis become her ally? Find out in the thrilling sequel to Nemesis from Anna Banks, the New York Times-bestselling author of the Syrena Legacy

Princess Sepora of Serubel and King Tarik of Theoria have formed an uneasy truce between their kingdoms since the deadly plague began to rip through Theoria. Since their feelings for each other are entangled in politics and power, they must use their own trusted resources to find common ground.

But when traitors with powerful allies arise from unexpected places, Tarik and Sepora face challenges that will change both of their kingdoms forever. Will they learn whom to trust—including each other—in time to save their kingdoms, their relationship and even their lives?

Praise for Ally:
"Readers will be anxiously turning pages toward the end while they appreciate a few humorous moments along the way." —Booklist

"Readers will be anxiously turning pages toward the end while they appreciate a few humorous moments along the way." —Booklist

“If you have readers begging for fantasy or romance, toss this their way. Then stand back and say, 'You’re welcome.” —VOYA, starred review

“This combination fantasy-romance novel touches on issues of trust, allegiance, priorities, and self-sacrifice and ends in a bit of a cliff-hanger. . .Nemesis will leave readers wanting more.” —Booklist

Anna Banks grew up in a small town called Niceville (yes, really). She now lives in Crestview, Florida, with her husband and their daughter. She is the author of The Syrena Legacy series: Of Poseidon, Of Triton, and Of Neptune.
Loading...
or support indie stores by buying on