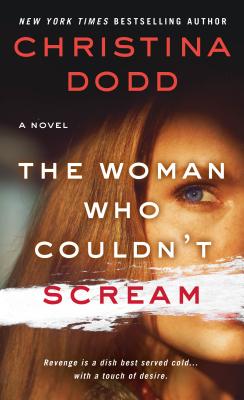 A beautiful, mute woman returns to Virtue Falls, Washington, to exact revenge on a deadly enemy in The Woman Who Couldn't Scream, a mesmerizing, emotional thriller from bestselling author Christina Dodd.

Merida Falcon is a trophy wife who seems to have it all...except she has no voice. On the death of her wealthy elderly husband, Merida vanishes...and reappears in Virtue Falls with a new name, a new look, and a plot to take revenge on the man who loved her, betrayed her, and walked away, leaving her silent and bound to an old man’s obsession. But a chance meeting with her former lover brings him on the hunt for her, and meeting him face-to-face shakes her convictions. Will she have time to discover the truth about the events that occurred nine years ago? For someone in Virtue Falls is stalking women and slashing them...to death. As danger closes in, Merida has to wonder: Does the killer know her true identity—and is he trying to silence her forever?

“Complex storytelling, a rollicking pace, and surprising twists and turns…Readers will be thrilled to get back to Virtue Falls.” -Kirkus Review