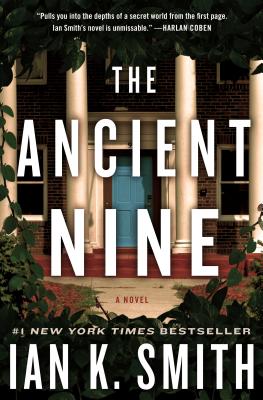 "Pulls you into the depths of a secret world from the first page. Ian Smith’s novel is unmissable." —Harlan Coben, author of Missing You

Spenser Collins
An unlikely Harvard prospect, smart and athletic, strapped for cash, determined to succeed. Calls his mother—who raised him on her own in Chicago—every week.

Dalton Winthrop
A white-shoe legacy at Harvard, he's just the most recent in a string of moneyed, privileged Winthrop men in Cambridge. He's got the ease—and the deep knowledge—that come from belonging.

These two find enough common ground to become friends, cementing their bond when Spenser is "punched" to join the Delphic Club, one of the most exclusive of Harvard's famous all-male final clubs. Founded in the nineteenth century, the Delphic has had titans of industry, Hollywood legends, heads of state, and power brokers among its members.

Dalton Winthrop knows firsthand that the Delphic doesn't offer memberships to just anyone. His great-uncle is one of their oldest living members, and Dalton grew up on stories of the club's rituals. But why is his uncle so cryptic about the Ancient Nine, a shadowy group of alums whose identities are unknown and whose power is absolute? They protect the Delphic's darkest and oldest secrets—including what happened to a student who sneaked into the club's stately brick mansion in 1927 and was never seen again.

Dalton steers Spenser into deeper and deeper recesses of the club, and beyond, to try to make sense of what they think they may be seeing. But with each scrap of information they get from an octogenarian Crimson graduate, a crumbling newspaper in the library's archives, or one of Harvard's most famous and heavily guarded historical books, a fresh complication trips them up. The more the friends investigate, the more questions they unearth, tangling the story of the club, the disappearance, and the Ancient Nine, until they realize their own lives are in danger.


Praise For The Ancient Nine: A Novel…

"Enticing... Those seeking an inside look at an Ivy League secret society will get their money’s worth." —Publishers Weekly

"Pulls you into the depths of a secret world from the first page. Ian Smith’s novel is unmissable." —Harlan Coben, New York Times bestselling author of Missing You

"With a masterful hand, Ian Smith has written a novel that immerses us in the dark intrigue of one of the country's oldest secret societies. The Ancient Nine is thrilling, exciting, and shocking from beginning to end." — Michael Eric Dyson, New York Times bestselling author of Tears We Cannot Stop

"Ian Smith has written an insider's account of an elite, rarefied world inside of Harvard. Read this and you’ll know what it is to be in a secret Ivy League power club and you'll feel like you’re in one." —Touré, bestselling author of I Would Die 4 U: Why Prince Became an Icon and acclaimed cultural critic

Ian K. Smith, M.D. is the #1 New York Times bestselling author of The Clean 20, SHRED, The Fat Smash Diet, and sixteen other books, and is the anchor host of the syndicated television show The Doctors. He has created two national health initiatives—the 50 Million Pound Challenge and the Makeover Mile—and has served two terms on the President’s Council on Fitness, Sports, and Nutrition. A graduate of Harvard, Columbia, and the University of Chicago’s Pritzker School of Medicine, Smith is an avid fitness enthusiast and sportsman.
Loading...
or
Not Currently Available for Direct Purchase