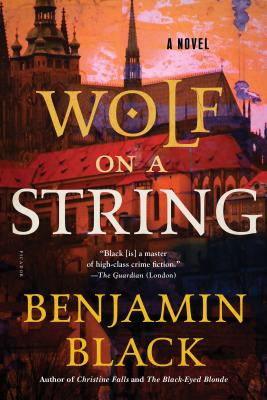 Bestselling author Benjamin Black turns his eye to sixteenth century Prague and a story of murder, magic and the dark art of wielding extraordinary power.

From the spectacularly inventive Benjamin Black, Wolf on a String is a historical crime novel that delivers both a mesmerizing portrait of a lost world and a riveting tale of intrigue and suspense.

“Black [is] a master of high-class crime fiction, literary noir in the tradition of Georges Simenon and Raymond Chandler…. In characteristically gorgeous prose, he conjures a wintry world of opportunists and occultists, dwarves and hunchbacks, wolves and shadowy black-winged beasts….The marvelously evoked ‘city of masks and make-believe’ is the [novel’s] great pleasure.” –The Guardian

"Absorbing.... Black not only evokes the unsettling atmosphere of medieval Prague and the whirling series of political and sexual intrigues of Rudolf's court, but also of cold, hunger, fear, threat, squalor and danger."–The Statesman