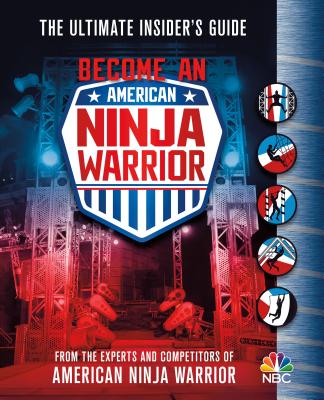 The Experts and Competitors of American Ninja Warrior

The first official book adapted from the hit NBC show, American Ninja Warrior—published to coincide with the 10th anniversary.

Full of vibrant color photos, sidebars, boxes, and lists, the first official book of American Ninja Warrior will not only be a thrilling and instructive read, it will be a beautiful inside look at the show and the perfect gift for every fan.

AMERICAN NINJA WARRIOR is an American sports entertainment competition that is a spin-off of the Japanese television series Sasuke. It features hundreds of competitors attempting to complete a series of obstacle courses of increasing difficulty, trying to make it to the national finals, in hopes of becoming an "American Ninja Warrior". To date only two competitors, rock-climbers Isaac Caldiero and Geoff Britten, have won the course and achieved "Total Victory". The series airs on NBC with encore episodes airing on USA Network.
Loading...
or
Not Currently Available for Direct Purchase