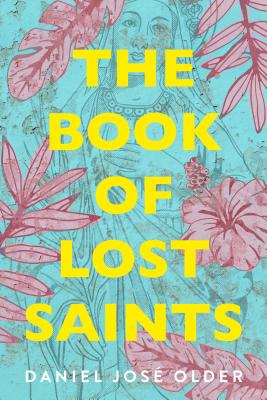 The Book of Lost Saints

A Cuban American Family Saga of Love, Betrayal, and Revolution


Praise For The Book of Lost Saints: A Cuban American Family Saga of Love, Betrayal, and Revolution…

“Older’s writing is at once clear-eyed, lovely, and fascinating. This book marches right into the revolution in a way that is eerily timeless and timely. Wow!”
—Jacqueline Woodson, bestselling, award-winning author of Brown Girl Dreaming and 2020 MacArthur Fellow

"A story that bridges worlds: those of the living and the dead, of English and Spanish, and even the gulf between Cuba and New Jersey. Daniel José Older balances these threads and carries the specters of immigrant family trauma to a triumphant conclusion. In his vision of the immigrant story, no memory of violence can obstruct the characters' hope of thriving." —Marcos Damián León, Iron Horse Literary Review

Daniel José Older is the New York Times-bestselling author of The Book of Lost Saints, the young adult series Shadowshaper Cypher, the Bone Street Rumba urban fantasy series, the middle grade historical fantasy series Dactyl Hill Squad, and Star Wars: Last Shot. He won the International Latino Book Award and has been nominated for the Kirkus Prize, the Mythopoeic Award, the Locus Award, the Andre Norton Award, and the World Fantasy Award. Shadowshaper was named one of Esquire’s 80 Books Every Person Should Read. You can find his thoughts on writing, read dispatches from his decade-long career as a New York City paramedic, and hear his music on his website, on YouTube, and on Twitter.
Loading...
or
Not Currently Available for Direct Purchase