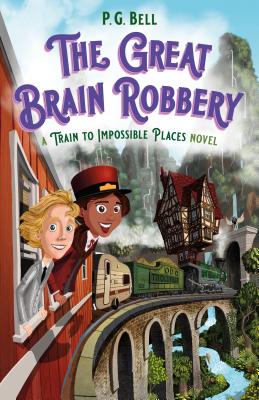 "Suzy is off on another adventure in the Union of Impossible Places in Bell's second book. Suzy rejoins her friends Wilmot, Fletch, Stonker, Ursel, and Frederick for a special royal reception for the newly rebuilt and refurbished Impossible Postal Express. But before the big reveal, an earthquake strikes Trollville, sending everything into chaos. ... Bell has a knack for timing, knowing just when to break away from the action. The characters in this volume are more developed, especially Suzy, who takes on leadership successfully. Part adventure, part mystery, part fantasy world set on its ear, there is something here for everyone."--Booklist


PRAISE FOR THE TRAIN TO IMPOSSIBLE PLACES (BOOK 1):

P. G. Bell is a native of south Wales, where he was raised on a diet of Greek mythology, ghost stories, and Doctor Who. He’s had all sorts of jobs over the years, from lifeguard to roller coaster operator, but has always wanted to write stories for a living. His dream came true with the publication of the Train to Impossible Places series. He currently works as a library assistant for Cardiff University and lives in Wales with his wife, Anna, and their two children.
Loading...
or
Not Currently Available for Direct Purchase