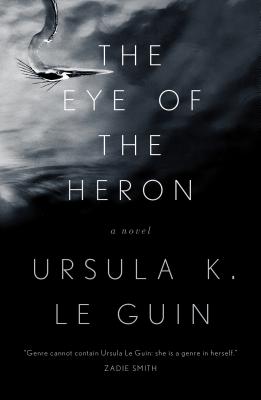 The Eye of the Heron

In Victoria on a former prison colony, two exiled groups—the farmers of Shantih and the City dwellers—live in apparent harmony. All is not as it seems, however. While the peace-loving farmers labor endlessly to provide food for the City, the City Bosses rule the Shantih with an iron fist. When a group of farmers decide to form a new settlement further away, the Bosses retaliate by threatening to crush the "rebellion."

Luz understands what it means to have no choices. Her father is a Boss and he has ruled over her life with the same iron fist. Luz wonders what it might be like to make her own choices. To be free to choose her own destiny.


Praise For The Eye of the Heron: A Novel…

“This small gem of a novel encapsulates the qualities that make Le Guin a key figure in today's science fiction.” —Publishers Weekly

“Genre cannot contain Ursula Le Guin: she is a genre in herself.”—Zadie Smith

“Ursula Le Guin can lift fiction to the level of poetry and compress it to the density of allegory.” —Jonathan Lethem