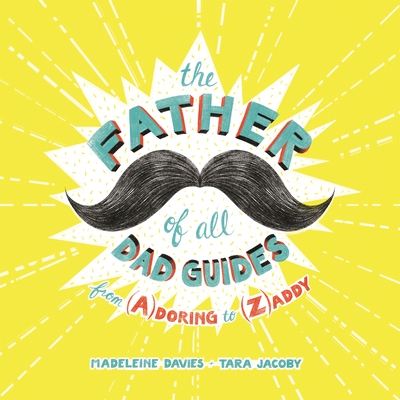 The Father of All Dad Guides

A humorous gift book for dads that introduces the different "species" of American fathers, from A to Z

Of all the mammalian species of North America, few are as paradoxically mysterious and demanding of attention as the human father of the United States. Quiet yet steady in his affection and deafeningly loud when he’s mad, the American dad—as much as we love him—is a particularly exciting study, which is why we’ve created this guide as an aid for readers to identify themselves (if you happen to be a dad), their dads (if you happen to have a dad), dads on television (often a stand-in when your dad’s not around), and dads in the wild.

In The Father of All Dad Guides: From A(doring) to Z(addy), you will learn how to identify fathers through:

· Their markings. Some dads have mustaches. Others do not!
· Dad calls. These include: “I’ll turn this car around right now” and “Can’t you ask your mom about that?”
· Migration patterns. Why does Dad consistently ignore directions when he clearly doesn’t know where he is going?
· Hibernation. Dads are tired all the time.
· Defining characteristics. All dads are different, but they typically fall into at least one of the categories we’ve collected here. Is your dad obsessed with barbecuing? He might be a grill dad. Did he only really begin to see women as people deserving of political and social equality after he had daughters? That right there is the feminist dad!


Praise For The Father of All Dad Guides: From (A)doring to (Z)addy…

"An irreverent, somewhat cynical, bitingly funny, but deep-down affectionate look at so many of the dad archetypes we know and love today." —Liz Gumbinner, Cool Mom Picks

MADELEINE DAVIES is a Wisconsin-born writer living in New York. Having spent her twenties writing and editing for Jezebel and Gawker Media, she's now a stay-at-home mom (to two idiot cats) and a freelancer. Her dad and step dad somehow support this lifestyle.

TARA JACOBY is Philly-based illustrator from Vineland, New Jersey. Tara served as Deputy Art Director for Gawker Media before becoming a freelance illustrator. Her work has been published in GQ, The Village Voice, The New York Times, The Wall Street Journal, Playboy and more. She has a quality dad named Bruce.
Loading...
or
Not Currently Available for Direct Purchase