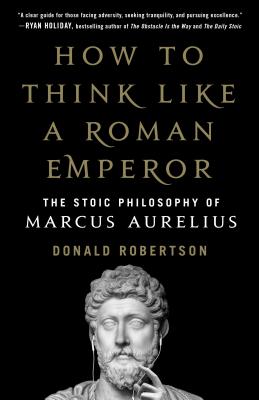 "This book is a wonderful introduction to one of history's greatest figures: Marcus Aurelius. His life and this book are a clear guide for those facing adversity, seeking tranquility and pursuing excellence." —Ryan Holiday, bestselling author of The Obstacle is the Way and The Daily Stoic

The life-changing principles of Stoicism taught through the story of its most famous proponent.

Roman emperor Marcus Aurelius was the last famous Stoic philosopher of the ancient world. The Meditations, his personal journal, survives to this day as one of the most loved self-help and spiritual classics of all time. In How to Think Like a Roman Emperor, cognitive psychotherapist Donald Robertson weaves the life and philosophy of Marcus Aurelius together seamlessly to provide a compelling modern-day guide to the Stoic wisdom followed by countless individuals throughout the centuries as a path to achieving greater fulfillment and emotional resilience.