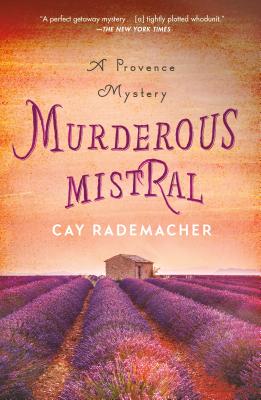 Capitaine Roger Blanc, an investigator with the anti-corruption-unit of the French Gendarmerie, was a bit too succesful in his investigations. He finds himself removed from Paris to the south of France, far away from political power. Or so it would seem.

The stress is too much for his marriage, and he attempts to manage the break up while trying to settle into his new life in Provence in a 200-year-old, half-ruined house. At the same time, Blanc is tasked with his first murder case: A man with no friends and a lot of enemies, an outsider, was found shot and burned. When a second man dies under suspicious circumstances in the quaint French countryside, the Capitaine from Paris has to dig deep into the hidden, dark undersides of the Provence he never expected to see.

"Readers will be as captivated by Rademacher’s description of Blanc’s adjustment to village life as they will by the well-constructed mystery. Highly recommended for fans of international crime fiction, especially Mark Pryor’s Hugo Marston series and Peter Morfoot’s Paul Darac procedurals."—Booklist (starred review)

Cay Rademacher was born in 1965 and studied Anglo-American history, ancient history, and philosophy in Cologne and Washington. He has been an editor at Geo magazine since 1999, and was instrumental in setting up the renowned history magazine Geo-Epoche. His first novel, The Murderer in Ruins, was shortlisted for the CWA International Dagger award. He now lives in France with his wife and children.
Loading...
or support indie stores by buying on