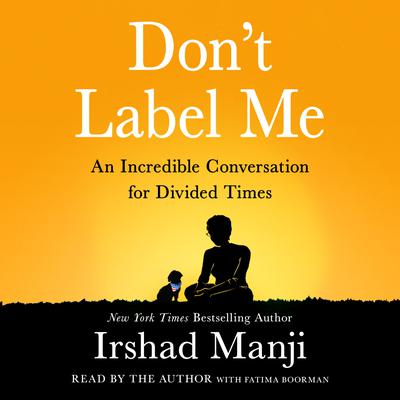 An Incredible Conversation for Divided Times

“Charming and disarming, a story like this heals the divides that threaten to destroy America. Don’t Label Me speaks for all of us who are more than the boxes that others put us into.” — Marianne Williamson, New York Times bestselling author.

A unique conversation about diversity, bigotry, and our common humanity, by the New York Timesbestselling author, Oprah “Chutzpah” award-winner, and founder of the Moral Courage Project.


Don't Label Me shows that America's founding genius is diversity of thought. Which is why social justice activists won't win by labeling those who disagree with them. At a time when minorities are fast becoming the majority, a truly new America requires a new way to tribe out.