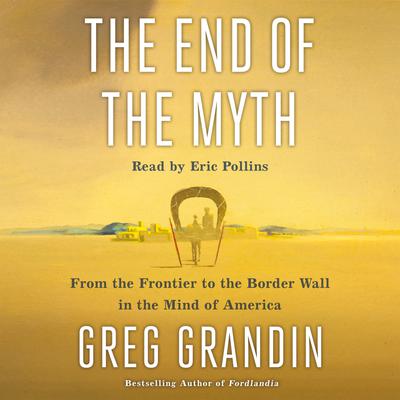 The End of the Myth (Digital Audiobook)

*WINNER OF THE 2020 PULITZER PRIZE FOR GENERAL NONFICTION*

Ever since this nation’s inception, the idea of an open and ever-expanding frontier has been central to American identity. Symbolizing a future of endless promise, it was the foundation of the United States’ belief in itself as an exceptional nation—democratic, individualistic, forward-looking. Today, though, America has a new symbol: the border wall.

Greg Grandin is the author of Fordlandia, a finalist for the Pulitzer Prize, the National Book Award, and the National Book Critics Circle Award. A Professor of History at New York University, Grandin has published a number of other widely-acclaimed books, including Empire's Workshop, Kissinger's Shadow, and The Empire of Necessity, which won the Bancroft Prize.