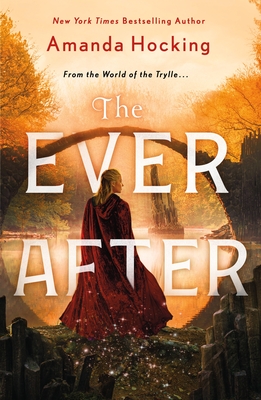 The Omte Origins (From the World of the Trylle)

Amanda Hocking, the New York Times bestselling author of The Kanin Chronicles, returns to the magical world of the Trylle Trilogy with The Ever After, the final novel in The Omte Origins arc.

Ulla Tulin has lost a month of her life. Her journey to learn who her parents are has brought her to the attention of the Älvolk sect—and a man claiming to be her father. But instead of a long lost family reunion, Ulla has forgotten her time there, and fears something terrible happened.

The Älvolk released Ulla alive for one reason only, to exchange her for a rare flower with mystical properties. Determined to break her amnesia, Ulla risks her life against a dark enchantment capable of killing her to remember the Älvolk’s secrets—to use the flower as part of an incantation that will open the bridge to Alfheim, the First City.

But opening the bridge will unleash a menagerie of monstrous creatures upon Earth that will consume everything in their path. Knowing she may lose Pan Soriano, the love of her life, Ulla nevertheless gathers an army of Trylle to stand with her and defend humanity as well as her own kind. And it is Ulla’s very heritage that holds the key to victory.