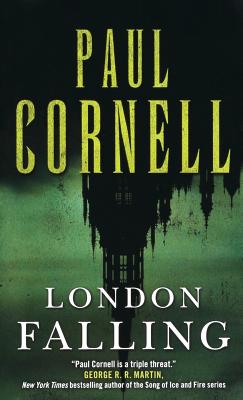 London Falling by Paul Cornell is an urban fantasy twist on the classic police procedural: London cops versus magical creatures of night

Police officers Quill, Costain, Sefton, and Ross know the worst of London—or they think they do. While investigating a mobster's mysterious death, they come into contact with a strange artifact and accidentally develop the Sight. Suddenly they can see the true evil haunting London's streets.

Armed with police instincts and procedures, the four officers take on the otherworldly creatures secretly prowling London. Football lore and the tragic history of a Tudor queen become entwined in their pursuit of an age-old witch with a penchant for child sacrifice. But when London's monsters become aware of their meddling, the officers must decide what they are willing to sacrifice to clean up their city.

“Paul Cornell is a triple threat, the kind of writer other writers hate. He writes award-winning short stories. He writes epic television episodes for all your favorite BBC shows. He writes kickass comic books and graphic novels. You'd think that would be enough for anyone, but no, not Paul... now he's gone and written a novel too! I suspect it will be just as good as everything else he's written, and that's not fair at all. No doubt this time next year he will be writing hit songs, radio plays, and ribald limericks, all of them first rate. It's very annoying, but what can you do? Aside from reading him. . . .” —George R. R. Martin