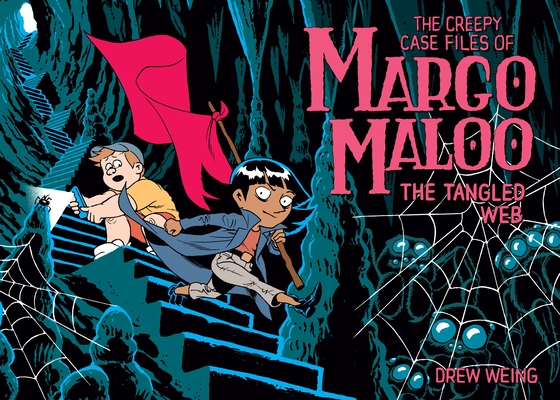 In the third volume of this beloved graphic novel series The Creepy Case Files of Margo Maloo: The Tangled Web, Drew Weing delivers a fresh and funny take on the age-old battle between kids and closet-dwelling monsters.

As the assistant to Margo Maloo, Charles has gone on assignment in some pretty interesting locations. He's been to a vampire's lair, an ogre's den, and even a monster grocery store! But he's never been to the Downside, Echo City's underground monster metropolis that is super mysterious and DEFINITELY off-limits to kids. But a settlement of giant spiders is about to be dynamited by unwitting construction workers—and, coincidentally, one of those giant spiders "accidentally" bites Charles. His cure and the spiders' salvation lie in the Downside—if Charles and Margo can make it in time.


Praise For The Creepy Case Files of Margo Maloo: The Tangled Web…

Praise for The Creepy Case Files of Margo Maloo:

"Drew Weing’s Creepy Casefiles, with its quirky kids, sympathetic beasties, and hand-rendered coloring, reads like a classic children’s title from decades past...if not for the astute, subtle observations on cultural dynamics within cities and the ripple effects of gentrification." —Paste Magazine

Drew Weing lives in Athens, GA with his wife, cartoonist Eleanor Davis, and too many cats. He makes comics for print and online, among which are the nautical graphic novel Set to Sea, the infinite canvas webcomic Pup, and the early reader comic Flop to the Top, which he co-authored with his wife.
Loading...
or support indie stores by buying on