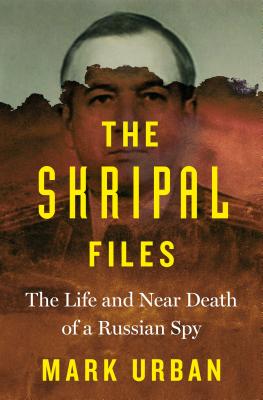 The Life and Near Death of a Russian Spy

Slumped on a bench, paralyzed and barely able to breathe, were a former Russian intelligence officer named Sergei Skripal and his daughter, Yulia. Sergei had been living a quiet life in England since 2010, when he was expelled from Russia as part of a spy swap; he had been serving a lengthy prison sentence for working secretly for the British intelligence agency MI6. On this Sunday afternoon, he and his daughter had just finished lunch at a local restaurant when they started to feel faint. Within minutes they were close to death.

The Skripals had been poisoned, not with a familiar toxin but with Novichok, a deadly nerve agent developed in southern Russia. Was this a message from the Kremlin that traitors would not escape violent death, even on British soil? As Sergei and Yulia fought for their lives, and the British government and their allies sought answers, relations between the West and Russia descended to a new low.

The Skripal Files is a remarkable and definitive account of Sergei Skripal’s story, which lays bare the new spy war between Russia and the West. Mark Urban, the diplomatic and defense editor for the BBC, met with Skripal in the months before his poisoning, learning about his career in Russian military intelligence, how he became a British agent, his imprisonment in Russia, and the events that led to his release. Skripal’s first-hand accounts and experiences reveal the high stakes of a new spy game that harks back to the chilliest days of the Cold War.


Praise For The Skripal Files: The Life and Near Death of a Russian Spy…

Named a Best Book of the Year by The Sunday Times

“BBC journalist Mark Urban lays out Skripal’s life and career as a double agent in an account that reads as if it were ripped from a Cold War spy novel.”—TIME

“An . . . engrossing, topical book. . . . Urban tells the story of Skripal’s undercover career well, much of it previously unknown and gleaned from around 10 hours of conversations with him at his Salisbury home. . . . The Skripal Files is a compelling first instalment of a story that will continue.”—The Guardian

“Fascinating account of the poisoning case. . . . Other books will follow on the Skripals, but they will struggle to match the texture of Urban's research, its knowledgeable hinterland.”—The Times

“Urban takes us on an expert tour of the psychological consequences for an individual who has betrayed his country. . . . The Skripal Files offers a genuinely rounded perspective on the human costs and consequences of betraying the Russian state as well as the deadly artistry of Russia’s active measures program.”—War on the Rocks

“An original and often fascinating read on the games that spies played in the wake of the Cold War.”—Sunday Times

Mark Urban is Diplomatic and Defense Editor of the BBC’s Newsnight. He has covered many of the world’s conflicts during the past twenty-five years, including the Iraq campaign that began in 2003. He lives in London.
Loading...
or
Not Currently Available for Direct Purchase