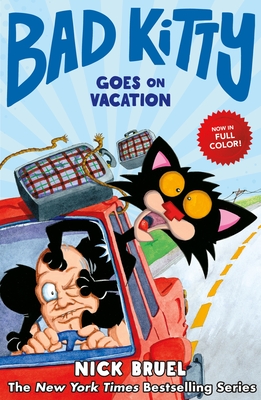 In this addition to the Bestselling Bad Kitty series, Kitty's life is still hard. Really, really, really hard. She's always being bothered, Puppy is always in her space (and drooling on her), and her plans for world domination seem to be at a bit of a stand still. So, when she gets the opportunity to go with her very favorite, generous, kind-hearted Uncle Murray to LOVE LOVE ANGEL KITTY WORLD, how on earth could she refuse?

Kitty is so excited—this is going to be the adventure of a lifetime! But what she doesn't realize is that it will be an adventure just trying to get there...and when she and Uncle Murray end up in a precarious situation, they will have to rely on their wit and love for each other to get themselves out.