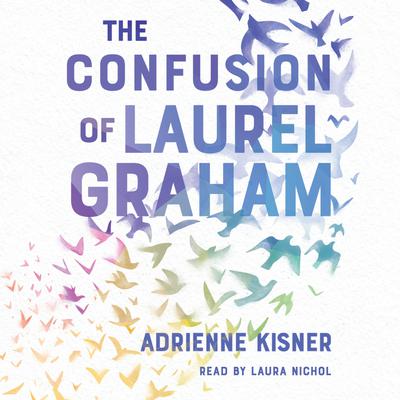 A teen copes with her grandmother's coma by becoming obsessed with a mystery bird that she cannot identify in Adrienne Kisner's sharp and poignant YA audiobook, The Confusion of Laurel Graham.

Seventeen-year-old Laurel Graham has a singular, all-consuming ambition in this life: become the most renowned nature photographer and birder in the world. The first step to birding domination is to win the junior nature photographer contest run by prominent Fauna magazine. Winning runs in her blood—her beloved activist and nature-loving grandmother placed when she was a girl.

One day Gran drags Laurel out on a birding expedition where the pair hear a mysterious call that even Gran can’t identify. The pair vow to find out what it is together, but soon after, Gran is involved in a horrible car accident.

Now that Gran is in a coma, so much of Laurel's world is rocked. Her gran's house is being sold, developers are coming in to destroy the nature sanctuary she treasures, and she still can't seem to identify the mystery bird.

Laurel’s confusion isn’t just a group of warblers—it’s about what means the most to her, and what she’s willing to do to fight to save it. Maybe--just maybe-if she can find the mystery bird, it will save her gran, the conservatory land, and herself.