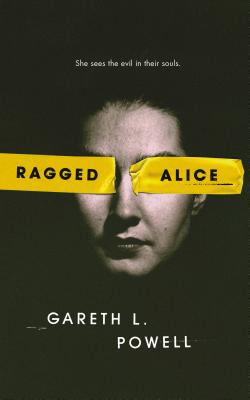 In Gareth L. Powell's Ragged Alice a detective in a small Welsh town can literally see the evil in people's souls.

Orphaned at an early age, DCI Holly Craig grew up in the small Welsh coastal town of Pontyrhudd. As soon as she was old enough, she ran away to London and joined the police. Now, fifteen years later, she’s back in her old hometown to investigate what seems at first to be a simple hit-and-run, but which soon escalates into something far deadlier and unexpectedly personal—something that will take all of her peculiar talents to solve.

Gareth L. Powell is the author of seven science fiction novels and two short story collections as well as a non-fiction book about writing. His third novel, Ack-Ack Macaque, book one in the Macaque Trilogy, was the winner of the 2013 BSFA novel award (joint winner with Anne Leckie’s Ancillary Justice). He lives in Bristol, UK.
Loading...
or support indie stores by buying on