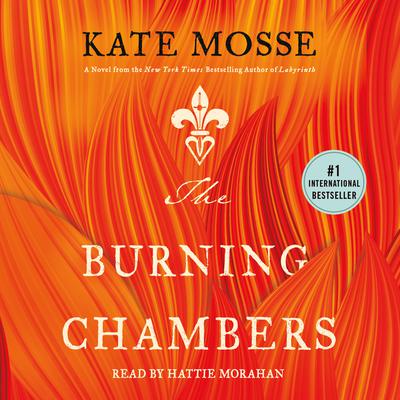 "For fans of juicy historical fiction, this one might just develop into their next obsession." — EW.com

From the New York Times and #1 internationally bestselling author of Labyrinth, comes the first in an epic new series.

Power and Prejudice: France, 1562. War sparks between the Catholics and Huguenots, dividing neighbors, friends, and family—meanwhile, nineteen-year-old Minou Joubert receives an anonymous letter at her father’s bookshop. Sealed with a distinctive family crest, it contains just five words: She knows that you live.


Love and Betrayal: Before Minou can decipher the mysterious message, she meets a young Huguenot convert, Piet Reydon. Piet has a dangerous task of his own, and he will need Minou’s help if he is to stay alive. Soon, they find themselves on opposing sides, as forces beyond their control threaten to tear them apart.

Honor and Treachery: As the religious divide deepens, Minou and Piet find themselves trapped in Toulouse, facing new dangers as tensions ignite across the city—and a feud that will burn across generations begins to blaze. . .

Praise for The Burning Chambers:

"This is historical fiction to devour. Nobody does it like Kate Mosse."— Anthony Horowitz, New York Times bestselling author of The Magpie Murders

Kate Mosse is an international bestselling author with sales of more than five million copies in 38 languages. Her fiction includes the novels Labyrinth (2005), Sepulchre (2007), The Winter Ghosts (2009), Citadel (2012), The Taxidermist's Daughter (2014), and The Burning Chambers (2018), as well as an acclaimed collection of short stories, The Mistletoe Bride & Other Haunting Tales (2013). Kate is the Co-Founder and Chair of the Board of the Women's Prize for Fiction and in June 2013, was awarded an OBE in the Queen's Birthday Honours List for services to literature. She lives in Sussex.