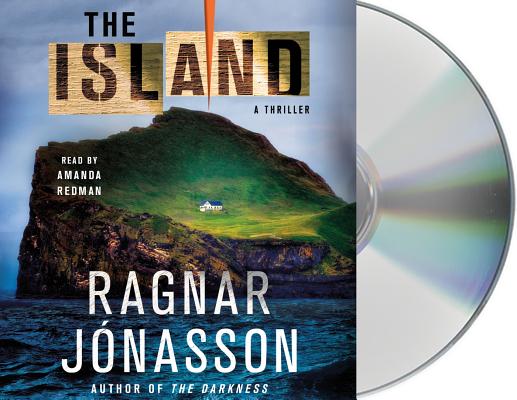 "Narrator Amanda Redman gives an adept performance as she takes on the various characters in this Icelandic thriller." — AudioFile Magazine

Ragnar Jonasson burst onto the American scene with Snowblind and Nightblind, the first two novels in the Ari Thor thriller series, and the praise was overwhelming. With The Darkness, he launched a new series featuring a completely new sleuth, Detective Inspector Hulda Hermannsdottir of the Reykjavik Police department. The Island is the second audiobook in this series.

RAGNAR JONASSON was born in Iceland and works as an Attorney at Law and writer in Reykjavik. Before embarking on a writing career, Ragnar translated fourteen Agatha Christie novels into Icelandic. Ragnar is the co-founder of the Reykjavik international crime writing festival Iceland Noir. He has appeared on panels at various crime fiction festivals, including Bouchercon and Left Coast Crime in the US. Ragnar lives in Reykjavik with his wife and two daughters. Snowblind is his debut novel.
or
Buy Here
Copyright © 2020 American Booksellers Association