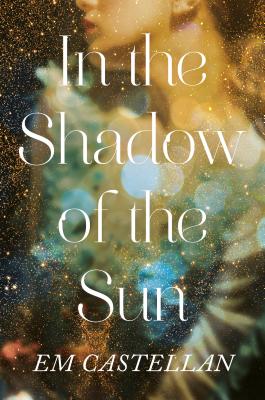 In the Shadow of the Sun

EM Castellan's In the Shadow of the Sun is a sumptuous YA fantasy/romance novel set in 17th century Versailles.

It’s 1661 in Paris, and magicians thrill nobles with enchanting illusions. Exiled in France, 17-year-old Henriette of England wishes she could use her magic to gain entry at court. Instead, her plan is to hide her magical talents, and accept an arranged marriage to the French king’s younger brother.

Henriette soon realizes her fiancé prefers the company of young men to hers, and court magicians turn up killed by a mysterious sorcerer who uses forbidden magic. When an accident forces Henriette to reveal her uniquely powerful gift for enchantments to Louis, he asks for her help: she alone can defeat the dark magician threatening his authority and aid his own plans to build the new, enchanted seat of his power--the Palace of Versailles.


Praise For In the Shadow of the Sun…

"Brava! An impressive debut novel that hooked me within the first few pages. Using only historical characters, save one, Castellan creates a fast-paced story of loyalty, love, intrigue, innuendo, magic, and murder. She seamlessly builds a magical world onto one that is already well-documented, giving historical events a new, fun twist." —The Historical Novel Society

"An utterly enchanting story of intrigue and romance that seamlessly blends magic into history. IN THE SHADOW OF THE SUN casts a spell that makes the past come alive in breathtaking new ways. It will cover you in gold dust and leave you longing for more." —Sarah Glenn Marsh, author of the Reign of the Fallen Series.

"Full of passion, romance, and court intrigue, In the Shadow of Sun is a fascinating reimagining of an infamous period in French history. This glittering debut shines with gilded magic and a carefully woven mystery that'll leave you wanting more." —Kalyn Josephson, author of The Storm Crow

"Castellan craftily infuses enchantment in every scene alongside romance and intrigue among the royals and their court, while luxurious descriptions and quick-witted dialogue make for a captivating read." —Publishers Weekly

EM Castellan grew up in France, but she now lives in London. A lover of all things historical, she has a particular fondness for seventeenth-century France and Ancient Rome. Some of her stories can be found on Wattpad, where they have been featured twice and read over 300,000 times, including The Bright and the Lost, the winner of the 2017 Wattpad Awards (Wattys) in the Newcomers category.
Loading...
or
Not Currently Available for Direct Purchase