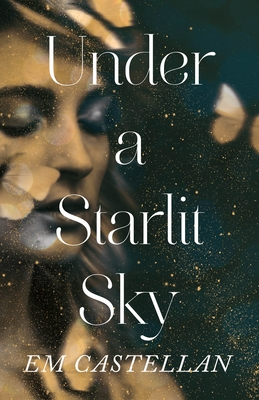 Under a Starlit Sky

Spring 1662. In the wake of Fouquet’s defeat, Henriette is keeping her promise to the Sun King and helping him build the enchanted Palace of Versailles he’s always dreamed of. But when her poor health worsens, her magic wanes and her husband Philippe fears for her well being to such an extent that he forbids her to remain Louis’ Source.

Forced to step aside, Henriette witnesses the swift rise of a new player at the French court: the handsome and self-assured Chevalier de Lorraine quickly becomes both Louis’s new Source of magic—and Philippe’s latest lover. With her ladies Louise and Athénaïs now both vying for the king’s attention, Henriette is more isolated than ever, and her place at Versailles has never felt more in jeopardy.


Praise For Under a Starlit Sky…

"[A] complex portrait of the famous marriage between Henrietta of England (sister of King Charles II) and the charismatic Monsieur, the openly bisexual brother of the Sun King." —The Historical Novel Society

Praise for IN THE SHADOW OF THE SUN:

"Castellan craftily infuses enchantment in every scene alongside romance and intrigue among the royals and their court, while luxurious descriptions and quick-witted dialogue make for a captivating read." —Publishers Weekly

EM Castellan grew up in France, but she now lives in London. A lover of all things historical, she has a particular fondness for seventeenth-century France and Ancient Rome. Some of her stories can be found on Wattpad, where they have been featured twice and read over 300,000 times, including The Bright and the Lost, the winner of the 2017 Wattpad Awards (Wattys) in the Newcomers category.
Loading...
or
Not Currently Available for Direct Purchase