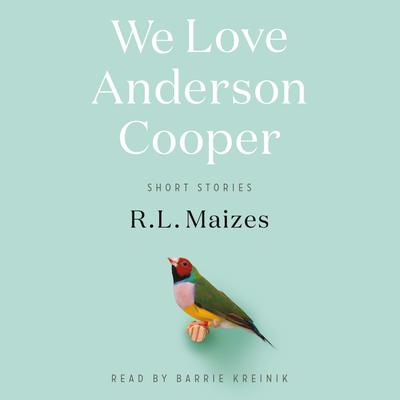 In this quirky, humorous, and deeply human short story collection, Pushcart Prize-nominated author R.L. Maizes reminds us that even in our most isolated moments, we are never truly alone.

In We Love Anderson Cooper, characters are treated as outsiders because of their sexual orientation, racial or religious identity, or simply because they look different. A young man courts the publicity that comes from outing himself at his bar mitzvah. When a painter is shunned because of his appearance, he learns to ink tattoos that come to life. A paranoid Jewish actuary suspects his cat of cheating on him—with his Protestant girlfriend.

In this debut collection, humor complements pathos. Readers will recognize themselves in these stories and in these protagonists, whose backgrounds are vastly different from their own—we’ve all been outsiders at some point.

R.L. Maizes was born and raised in Queens, New York, and now lives in Boulder, Colorado. Maizes's short stories have aired on National Public Radio and have appeared in the literary magazines Electric Literature, Witness, Bellevue Literary Review, Slice, and Blackbird, among others. Her essays have been published in The New York Times, The Washington Post, Lilith, and elsewhere.

Maizes is an alumna of the Bread Loaf Writers’ Conference, the Sewanee Writers’ Conference, and the Tin House Summer Writer’s Workshop. Her work has received Honorable Mention in Glimmer Train’s Fiction Open contest, has been a finalist in numerous other national contests, and has been nominated for a Pushcart Prize.