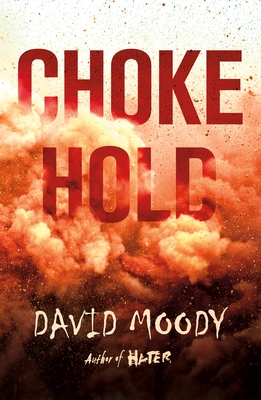 The third book in The Final War series from Hater author David Moody is perfect for readers of John Maberry and Max Brooks.

A series of nuclear strikes has left huge swathes of the country uninhabitable. It’s a level playing field now: both Hater and Unchanged alike have to fight to stay alive. Both have retreated to their camps to regroup, less than twenty miles away from each other.

It’s here that the last major battle of the final war will inevitably be fought, but neither side has any idea what’s waiting for them just around the corner.

Both armies are ready to fight to the death, each of their leaders hell-bent on victory. Their tactics are uniformly simple: strike first, get the enemy in a chokehold, then strangle the life out of them.

Chokehold is a fast-paced and wonderfully dark story about the fight for survival in the face of the impending apocalypse.


Praise For Chokehold (The Final War #3)…

"An engaging story...Unique and compelling." —Booklist

"Chokehold is just as the name suggests: a story that viciously grabs ahold of you and will not let go, no matter how much you struggle. It is cutthroat, relentless, and—trust me when I say this—shockingly inspiring." —Geeks of Doom

“Moody has once again hefted his barbed wire baseball bat and knocked it out of the post-apocalyptic park, comfortably maintaining his reign as the Babe Ruth of British horror.” —This Is Horror


Praise for One of Us Will Be Dead by Morning:

From the UK, DAVID MOODY first self-published Hater on the internet in 2006, and without an agent, succeeded in selling the film rights for the novel to Mark Johnson (producer, The Chronicles of Narnia film series) and Guillermo Del Toro (director, Hellboy, Pan's Labyrinth). With the publication of a new series of Hater stories, Moody is poised to further his reputation as a writer of suspense-laced SF/horror, and "farther out" genre books of all description.
Loading...
or
Not Currently Available for Direct Purchase