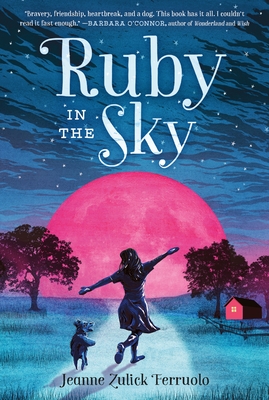 In Jeanne Zulick Ferruolo's heartfelt middle-grade debut about family, friendship, and finding your own identity, Ruby Moon Hayes learns there's more to a person's story than what other people tell.

Jeanne Zulick Ferruolo is the author of A Galaxy of Sea Stars and Ruby in the Sky, which earned two starred reviews and which Booklist called “quietly magical.” She is also a volunteer with IRIS-Integrated Refugee & Immigrant Services in New Haven, Connecticut. She lives in Ellington, Connecticut, with her family.
Loading...
or
Not Currently Available for Direct Purchase