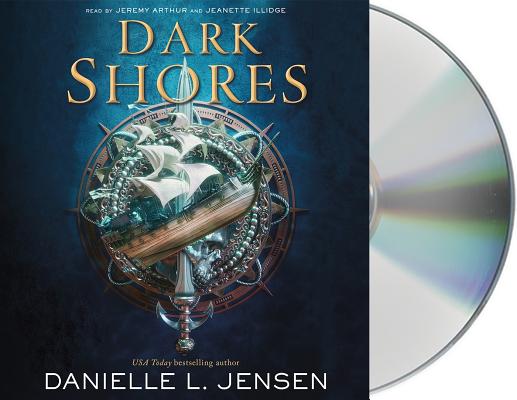 A PIRATE WITH A WILL OF IRON
Teriana is the second mate of the Quincense and heir to the Maarin Triumvirate. Her people are born of the seas and the keepers of its secrets, but when her closest friend is forced into an unwanted betrothal, Teriana breaks her people’s mandate so her friend might escape—a choice with devastating consequences.

“Richly-woven, evocative, and absolutely impossible to put down--I was hooked from the first lines! Dark Shores has everything I look for in a fantasy novel: fresh, unique settings, a cast of complex and diverse characters, and an unflinching boldness with the nuanced world-building. I loved every word.”—Sarah J. Maas, #1 New York Times bestselling author

"This is a lush, imaginative world, and as the focus shifts between Teriana and Marcus, it becomes clear that the readers are only getting a glimpse of its complicated history and mythology ...Their secrets don’t, of course, stop Teriana and Marcus from embarking on a steamy romance, and fans of Rutkoski’s sighworthy The Winner’s Kiss and the high-stakes sea adventure of Levenseller’s Daughter of the Pirate King will want to know where Marcus and Teriana journey to next." —Bulletin of the Center for Children's Books

DANIELLE L. JENSEN was born and raised in Calgary, Canada. She graduated from the University of Calgary with a bachelor’s degree in finance, then went back to school to complete an English literature degree at Mount Royal University. She is the USA Today bestselling author of The Malediction Trilogy: Stolen Songbird, Hidden Huntress, and Warrior Witch (Angry Robot).
Loading...
or
Not Currently Available for Direct Purchase