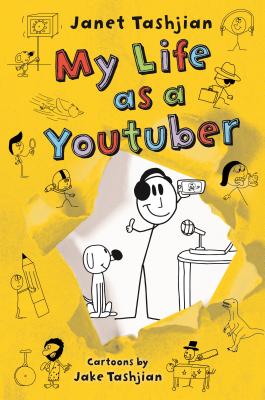 My Life as a Youtuber (The My Life series #7)

My Life as a Youtuber is the seventh book in Janet Tashjian's much-loved My Life series--illustrated by Jake Tashjian--featuring the irrepressible Derek Fallon starting his own Youtube web series!

Derek Fallon finally found something to get excited about at school—an extracurricular class on making videos! Together with his friends Carly, Matt, and Umberto, Derek can’t wait to create his own Youtube web series. But he soon realizes Youtube stardom is a lot of work. On top of that, it’s time for his foster monkey Frank to go to monkey college so Derek must scramble to find a reason for Frank to stay with his family—if only a little while longer. Can Derek solve both problems at once? What if Frank became a part of Derek's Youtube videos?

Here's another funny and thoughtful novel in the series that centers around most every tween today’s pastime—Youtube!