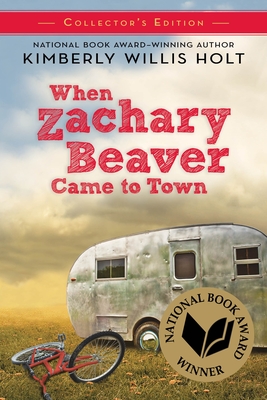 The deluxe collector's edition of the National Book Award–winning middle-grade novel—now with a foreword by New York Times–bestselling and Newbery Honor author Sheila Turnage, as well as updated Q&A content from Kimberly Willis Holt and other bonus material featuring stories and photos of her childhood.

When Zachary Beaver Came to Town is the winner of the 1999 National Book Award for Young People's Literature.


Praise For When Zachary Beaver Came to Town Collector's Edition…

“This book packs more emotional power than 90 percent of the so-called grown-up novels taking up precious space on bookshelves around the country.” —USA Today

“In her own down-to-earth, people-smart way, Holt offers a gift.” —The Horn Book, starred review

“Holt humanizes the outsider without sentimentality . . . she reveals the freak in all of us, and the power of redemption.” —Booklist, starred review

“Holt has crafted a remarkable story about finding yourself by opening up to the people around you. An excellent choice to read alone or aloud.” —School Library Journal, starred review