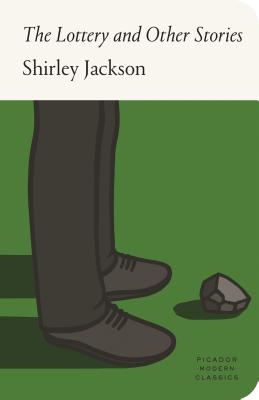 The Lottery and Other Stories (FSG Classics) (Hardcover)

One of the most terrifying stories of the twentieth century, Shirley Jackson’s “The Lottery” created a sensation when it was first published in The New Yorker in 1948. "Power and haunting," and "nights of unrest" were typical reader responses. Today it is considered a classic work of short fiction, a story remarkable for its combination of subtle suspense and pitch-perfect descriptions of both the chilling and the mundane.

The Lottery and Other Stories, the only collection of stories to appear during Shirley Jackson's lifetime, unites "The Lottery" with twenty-four equally unusual short stories. Together they demonstrate Jackson's remarkable range—from the hilarious to the horrible, the unsettling to the ominous—and her power as a storyteller.

Shirley Jackson (1916-1965), the author of The Haunting of Hill House, Hangsaman, Life Among the Savages, and We Have Always Lived in the Castle, is considered one of the masters of modern gothic fiction. She is perhaps best known for her short story "The Lottery."

Praise For The Lottery and Other Stories (FSG Classics)…

“The stories remind one of the elemental terrors of childhood.” —James Hilton, Herald Tribune

“In her art, as in her life, Shirley Jackson was an absolute original. She listened to her own voice, kept her own counsel, isolated herself from all intellectual and literary currents . . . . She was unique.” —Newsweek