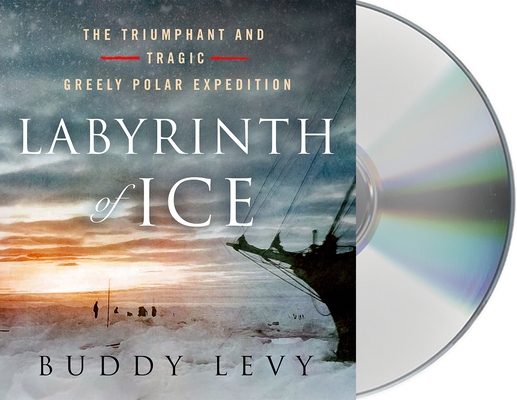 Buddy Levy, Will Damron (Read by)

"Listen to this if you want to hear a narrator at the top of his game recount a fascinating--and at times disturbing--true story of adventure, disaster, discovery, cannibalism, and more. Will Damron makes Levy's fascinating account of the Greely (Polar) Expedition come to life...This is a harrowing adventure story and a great listen." — AudioFile Magazine

Praise for Labyrinth of Ice:

“Polar exploration is utter madness. It is the insistence of life where life shouldn’t exist. And so, Labyrinth of Ice shows you exactly what happens when the unstoppable meets the unmovable. Buddy Levy outdoes himself here. The details and story are magnificent." - Brad Meltzer, New York Time bestselling author of The First Conspiracy

“An engaging, superbly written, and meticulously researched chronicle of the Greely expedition that proves it is one of the most engaging adventure narratives ever. With cinematic prose, great economy of language, and vivid descriptions, Levy places readers in the middle of the action … More than a nonfiction book about an expedition, Labyrinth of Ice reads like an outstanding script for an action movie." — NPR

BUDDY LEVY is the author of more than half a dozen books, including Labyrinth of Ice: The Triumphant and Tragic Greely Polar Expedition; Conquistador: Hernán Cortés, King Montezuma, and the Last Stand of the Aztecs; River of Darkness: Francisco Orellana’s Voyage of Death and Discovery Down the Amazon. He is coauthor of No Barriers: A Blind Man’s Journey to Kayak the Grand Canyon and Geronimo: Leadership Strategies of an American Warrior. His books have been published in eight languages. He lives in Idaho.
Loading...
or
Not Currently Available for Direct Purchase