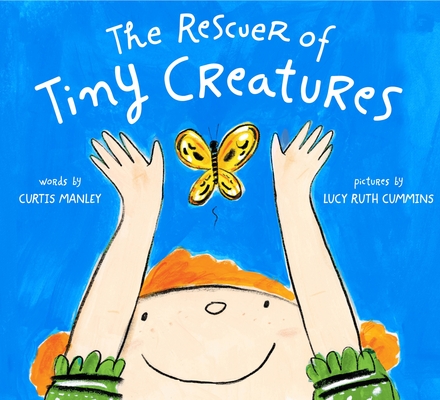 The Rescuer of Tiny Creatures

Covered in earthworm slime and assisted only by her cat and her little brother, Roberta rescues tiny creatures. You know, the ones stranded in the middle of the sidewalk. Upside-down, flopping, or near-frozen.

A lot of the time, that earns her funny looks from kids in school.

But when a swarm of baby spiders finds its way into the classroom, Roberta will save the day with her knowledge and creativity, showing everybody that tiny creatures aren’t so scary after all. They just need friends who rescue and understand them!


Praise For The Rescuer of Tiny Creatures…

*"This substantive story by Manley is both a STEM tale about insects and a lesson in staying true to oneself, as Roberta’s distinctive interest takes her from odd kid out to minor celebrity with a like-minded new friend." - Publishers Weekly, starred review

Curtis Manley grew up in Pennsylvania, where there were bears in the woods (and perhaps a few dinosaurs at school). But he never had to outrun sharks during recess—though he’s absolutely certain he could have. He is the author of Shawn Loves Sharks and Just Right. Curtis now lives near Seattle, Washington.

Lucy Ruth Cummins is an author, an illustrator, and art director of children’s books. She wrote and illustrated A Hungry Lion, or a Dwindling Assortment of Animals, and Stumpkin. She is also the illustrator of books by other authors, including Truman by Jean Reidy. When she was nine years old, a bee crawled into her sneaker and stung her but she didn't hold it against the bee. She was born in Montreal, raised in upstate New York, and lives with her little family in Brooklyn, New York.
Loading...
or support indie stores by buying on