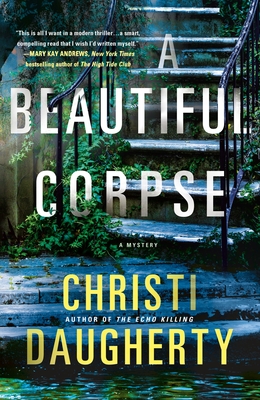 For a woman, being killed by someone who claims to love her is the most ordinary murder of all.

With its antebellum houses and ancient oak trees draped in a veil of Spanish moss, Savannah’s graceful downtown is famous around the world. When a woman is killed in the heart of that affluent district, the shock is felt throughout the city. But for crime reporter Harper McClain, this story is personal. The corpse has a familiar face.

Only twenty-four years old, Naomi Scott was just getting started. A law student, tending bar to make ends meet, she wanted to change the world. Instead, her life ended in the dead of night at the hands of an unseen gunman. There are no witnesses to the crime. The police have three suspects: Scott’s boyfriend, who has a criminal past he claims he’s put behind him, her boss, who stalked another young bartender two years ago, and the district attorney’s son, who Naomi dated until their relationship ended in acrimony. All three men claim to love her. Could one of them be her killer?

With the whole city demanding answers, Harper unravels a tangled story of obsession and jealousy. But the pressures on her go beyond the murder. The newspaper is facing more layoffs. Her boss fears both their jobs are on the line. And Harper begins to realize that someone is watching her every move. Someone familiar and very dangerous.

Someone who told her to run before it’s too late…

As a newspaper reporter, Christi Daugherty covered her first murder at the age of 22. There would be many more over the subsequent years when she worked as a journalist in cities including Savannah, Baton Rouge, and New Orleans. Now a novelist, she lives in the south of England. She is the author of The Echo Killing and A Beautiful Corpse.

Praise For A Beautiful Corpse: A Harper McClain Mystery…

"This first-rate adventure for Daugherty's heroine is fastpaced, intriguing, and romantic. A message from her stalker intimates her next adventure will be just as exciting." - Kirkus

“Daugherty, who started as a young adult novelist, keeps the thrilling A Beautiful Corpse churning at a quick pace, succinctly melding the newsroom culture with the murder investigation and Harper’s complicated personal life.” - Associated Press

"This is all I want in a modern thriller . . . a smart, compelling read that I wish I'd written myself." - Mary Kay Andrews, New York Times bestselling author of The High Tide Club